Here is the answer everyone is looking for 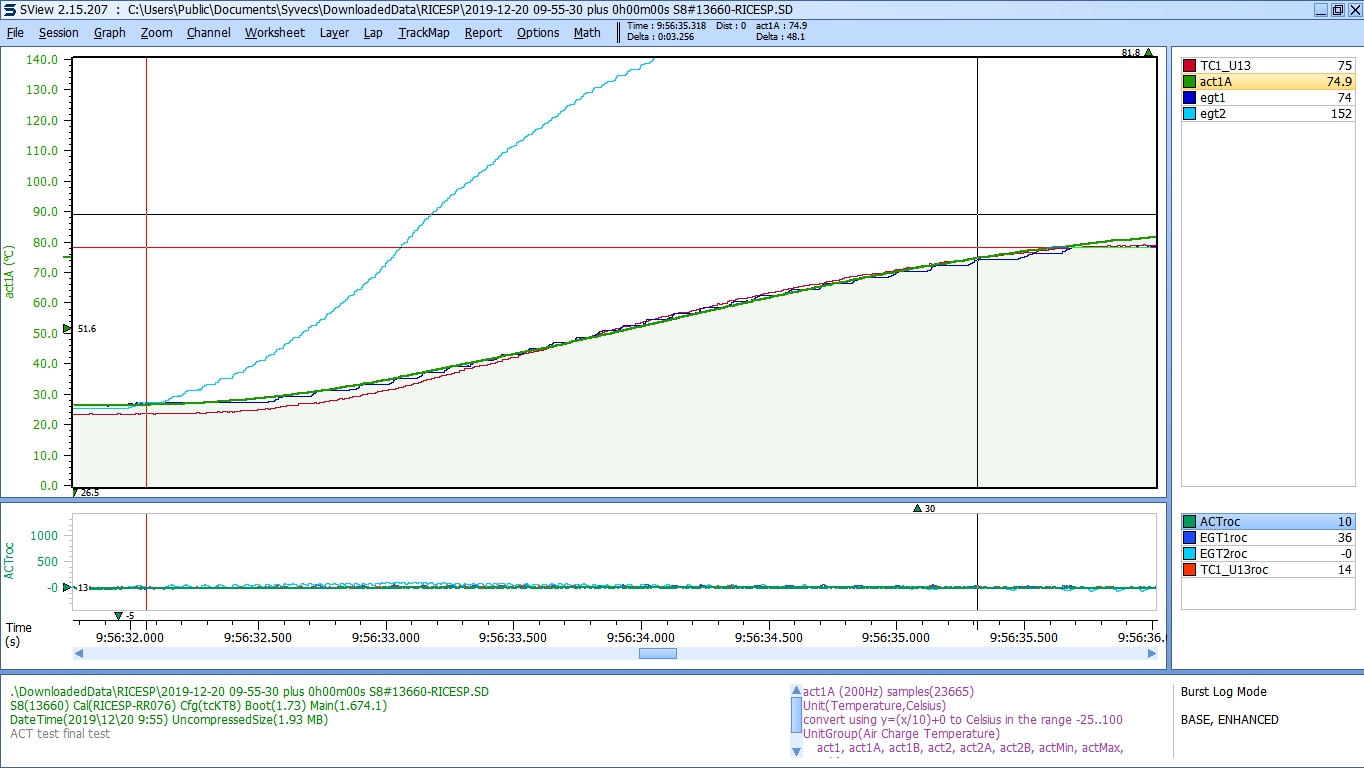 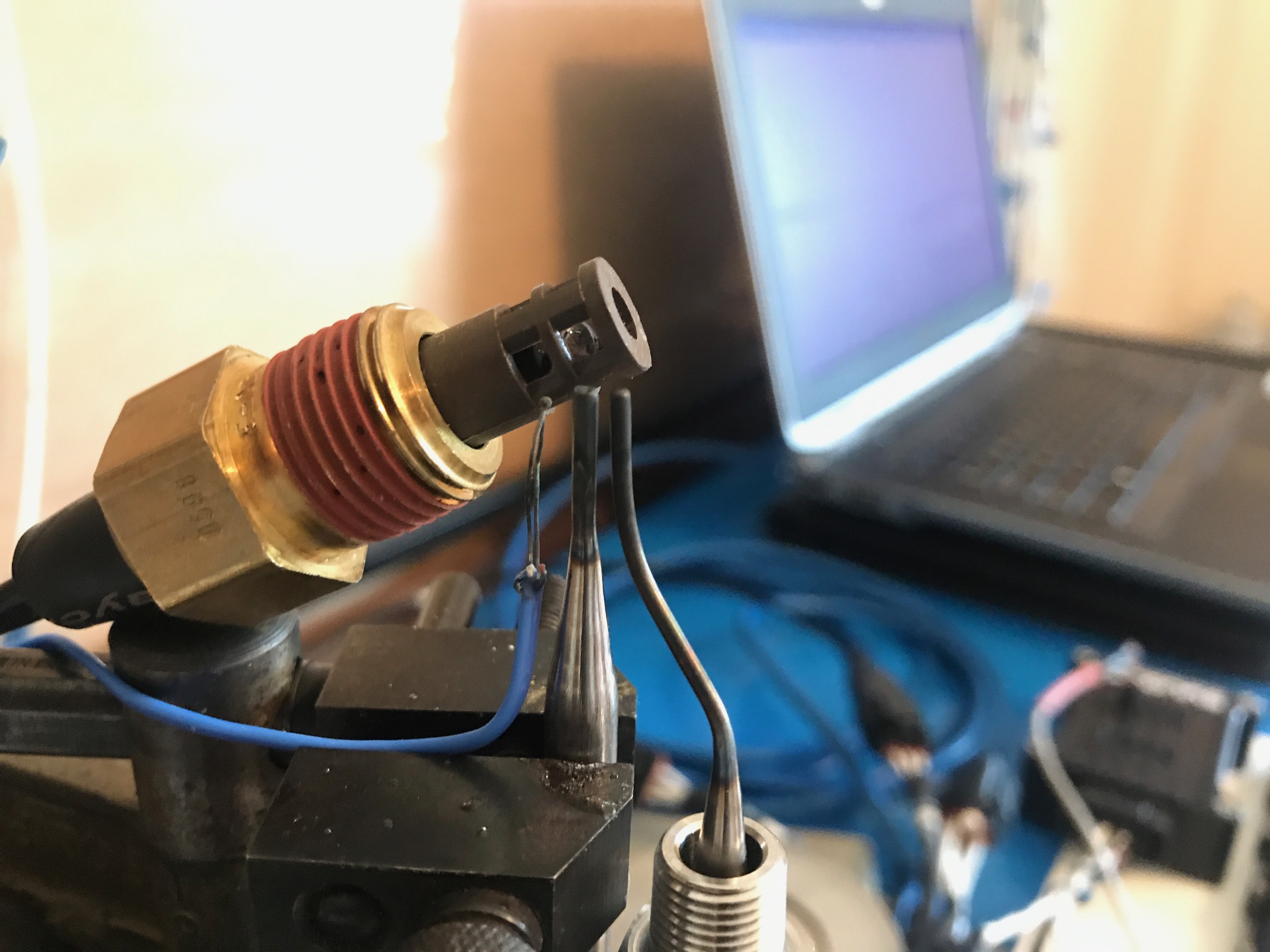 I'd have expected the ATS to be much faster than the thermocouples.

And there are those in the US who think they can use the air temp sensor as a failsafe for methanol injection systems !
Top

And there are those in the US who think they can use the air temp sensor as a failsafe for methanol injection systems !

You read my mind FACT v FICTION lol......... can't wait for the stalkers to read this hahaha

The really interesting part of this test is that even my 'tough' EGT probe not only responds as quickly, reads the same accuracy as the 'fast acting air temp sensor' but its far superior when you see any transient happen. though It's obviously a much dampened version of the fine wire but it still shits on the ACT

The other thing about the ACT is just how long it takes to return to start temp and I am not talking about the brass body being elevated to the measured temp either since the test is heated from ambient for only 6 seconds, its ~4 X my production spec EGT probe in time to return back to the start temperature, really bad! I guess the plastic vented shroud acts as an insulator? dunno don't really care

the dynamics of air flow inside a manifold dampen allot of what you see in these types of bench tests where the air flow rates are but a small fraction, so what seems like a crazy difference here is not so much in an engine environment.
http://www.riceracing.com.au
Real turbo road cars fast > reliable > durable
Water Injection Specialist
Top

Editing latest which is all four into boiling water, are you ready to be probed

Quick look for those who don't like video.
into boiling water till ROC ~ 0 (saturated temp reading)

*keep in mind higher start temp is due to Type K's actually responding to 'seeing' the steam in the first 2.5 seconds, where as the ACT does SFA by comparison* 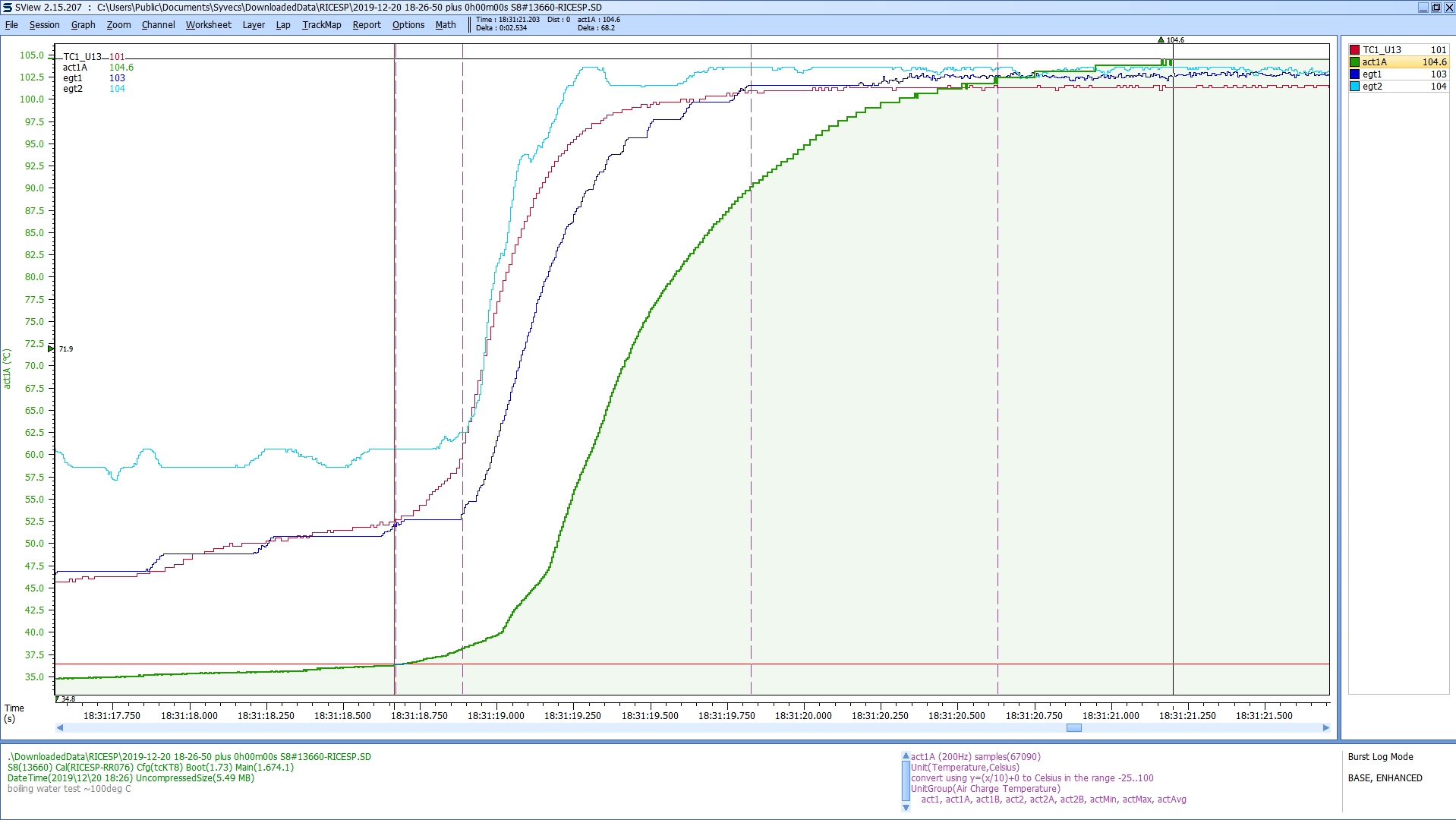 That air temp is the most shocking.

Especially given it should be well within it's normal operating range, whereas the TC's are pretty much at the lower end of their range